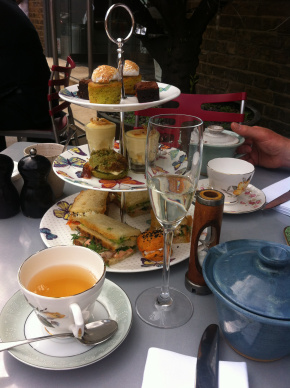 Ethnicity is an interesting thing. People are often eager to dredge up exotic influences. Most are genuine, and some are more tenuous. Recently a guy I know claimed to have French blood. “It came across with William” they said. “William who?” I asked. “Well, the Conqueror” they drawled. Dubious.

I am keen to boast about being 25% Czech - something responsible for gries schmarn and knodels. But my Dad is one of those rare creatures who is just English. 100% English. He likes rambling and treacle pudding, he wears plus fours more than is acceptable, and finds endless humour in Mr Bean. But perhaps his most English trait of all is his sincere love of afternoon tea.
Once he almost drove an uncle to tears for requesting a “cup of tea and a slice of fruitcake” when at a pub round beer o’clock. So when Dad came to London, the pressure was on to find a good afternoon tea.

A quick online search demonstrates how tricky it is to find a serious afternoon tea which doesn’t cost the earth. So I suggested the somewhat high-risk option of The Modern Pantry. High-risk only in that it doesn’t do ‘traditional’, but it takes a classic and gives it a modern twist. Onglet steak with tamarind, squash stuffed with dates, scallops with a yuzu dressing - you get the idea.

The long and short of it was that everything was delicious. The tea came with an egg timer (for optimum brewing timings), the salmon and watercress sandwiches were a winner, the savoury scones with goat’s curd were delicious, the yuzu posset was really more-ish. But the champion of the tea stand was the matcha tea scone with clotted cream and gooseberry jam. So good that once Dad had polished everything off, he ordered one more “for pudding”.

It was an apt reminder that I made a batch of matcha tea ice cream a while ago, which I have been meaning to post for ages. Firstly, because the consistency and flavour really was great, and I would love to share the recipe with you, dear readers. But also because I have every intention of making the recipe time and time again, and once the scrap of paper I wrote the recipe on goes up online, then I won’t lose it so easily!

The matcha flavour is really dry and astringent. Perfect for those who don’t like overly-sweet flavours. I don’t often eat chocolate puddings for that exact reason, but I served this ice cream with a chocolate fondant, and it helped balance out the flavours perfectly - while vanilla ice cream would have made it too rich. Matcha powder itself is quite expensive, but it’s allegedly crammed with lots of health-boosting and general life-saving qualities. I mixed a heaped teaspoon with a banana and some milk which made a very nice shake. And I will keep you updated with more matcha-based adventures….matcha scones with gooseberry jam has just been catapulted quite high up my list of things to cook. 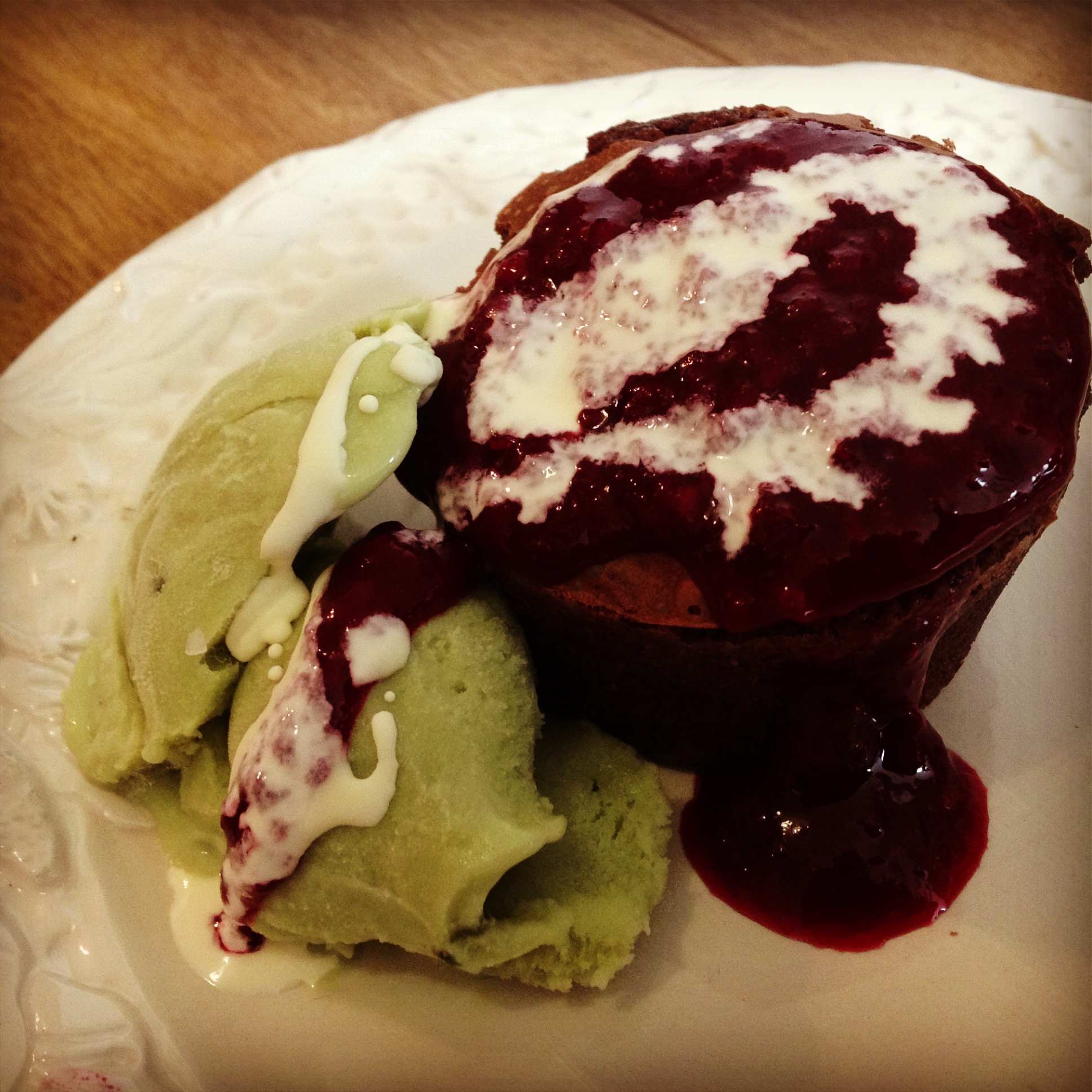 1. Start with a bit of prep, so the recipe goes smoothly. Mix the milk powder and caster sugar together in a bowl. And “bloom” the geletin sheets by soaking them in some cold water.

2. Now pour the milk, cream and glucose into a pan, and heat. Don’t let it simmer - but once it starts to steam, add the sugar-milk powder mix to the pan.

3. Keep stirring on the heat - and just before the milky mixture starts to simmer, remove it from the heat. Pick the geletin sheets out of the water. They should be wet and floppy now. Add them to the pan. Stir, and let it cool.

4. Once the mixture is at room temperature, whisk in the icing sugar and matcha tea powder.

5. Transfer to a freezer-proof container, and then freeze. If you are around and have either the time or inclination, use a fork to stir up the mixture on the hour for the first three hours.