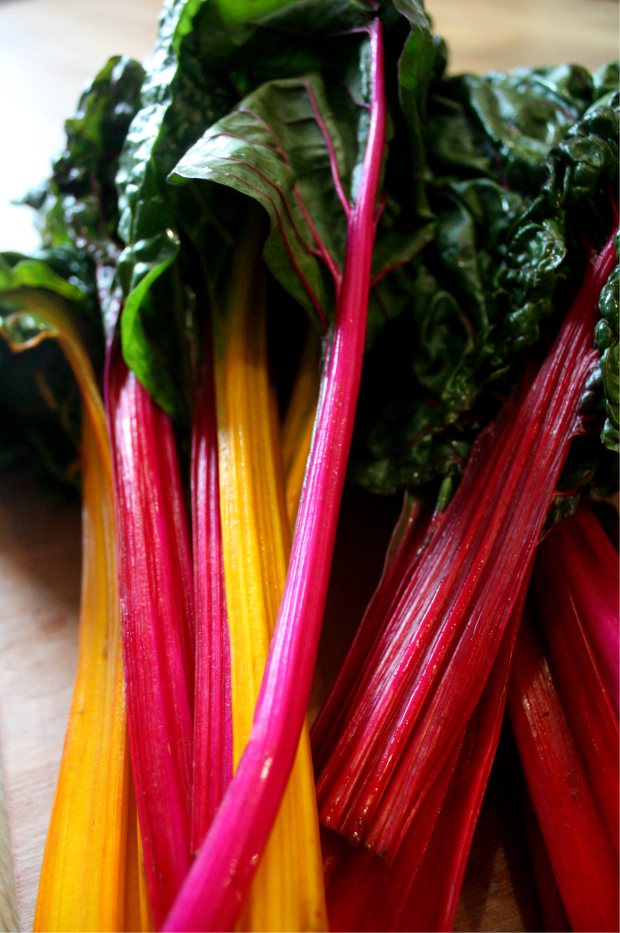 “Oh, you little traitors.” says Uncle Monty in Withnail & I. “I think the carrot infinitely more fascinating than the geranium. The carrot has mystery. Flowers are essentially tarts. Prostitutes for the bees. There is, you’ll agree, a certain ‘je ne sais quoi’ oh so very special about a firm, young carrot. ”

It seems that Uncle Monty isn’t the only one partial to a particular vegetable. A friend recently posted an Instagram photograph of a heap of leeks, declaring she had “decided that the leek is the most beautiful of the vegetables.” In today’s Telegraph, Carolyn Heart announced  that  ”kale is a determinedly anti-glam product that is having a bit of a moment”. And Nigel Slater has been going big on mushrooms: “If ever there was magic in my kitchen cupboard it is in the jar of dried porcini,” he recently wrote in The Guardian.

Well, I’m throwing my hat in the ring with rainbow chard. Big bunches (2 for £1) have been catching my eye at the vegetable shop on the corner of Broadway Market, where it meets Westgate Street.

There is a distinct lack of colour this time of the year: no leaves on the trees, boxes of potatoes and brown lentil soup. And the - POW - there’s the chard, coloured like an Indian sunset. The incongruous vegetable has big green leaves, but it’s the stalks which are breathtakingly beautiful. Rhubarb pink and lemon yellow,  it’s the Gianni Versace of the vegetables - making all the other Maris Pipers and drab heads of cauliflower look about as exciting as Gordon Brown.

The lovely thing about cooking with chard is that it’s essentially two vegetables in one. It’s best to cook the leaves and the stems separately - they are a different thickness, and are textually very different to each other. 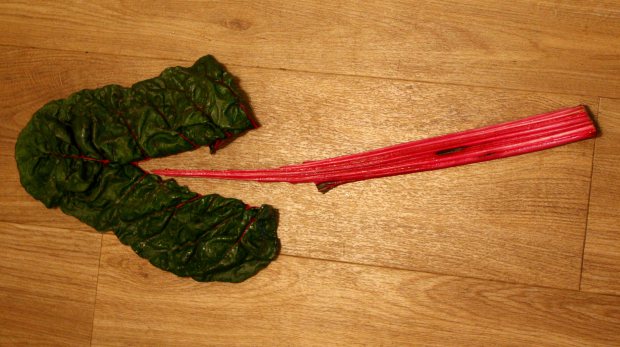 People often steam chard, but I’ve been really enjoying pan-frying it instead.

Start by separating the leaves from the stalks. You can do this by using your hands to tear off the leaves, or by running a knife either side of the leaf’s ‘mid rib’. Chop the stems into 2-3cm long pieces, a little like you would with rhubarb stalks.  Then roughly tear the leaves into two or three pieces - keep them quite large, because the leaves wilt down to very small pieces, like spinach.

Heat up a small bit of oil in a pan, and fry the coloured stalks for 2 minutes. Now pour about 1/2 shot glass of water into the pan, and add the leaves. I found that the water creates a blast of steam, which helps the leaves quickly wilt. Cook until the water has all evaporated (shouldn’t be more than a minute or so), and then season with freshly-ground pepper and a generous pinch of salt. 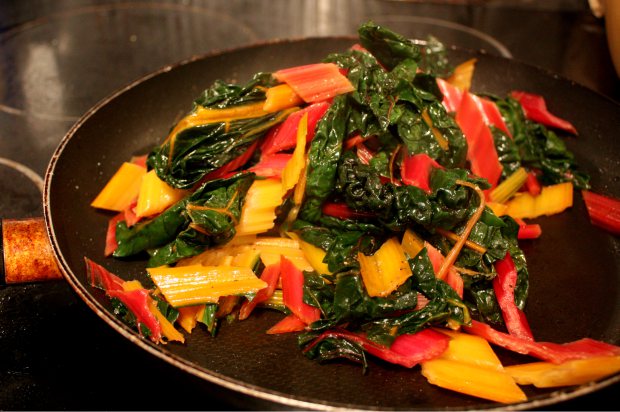 Recently, Nigel Slater rather piously served yellow daal with steamed chard, and Jamie has a recipe here for chard cooked ‘Italian style’ with sliced garlic. The photograph below is of a pre-January dish I made of pork and chard. Just delicious…and perhaps an explanation why I’m now trying to rein it in a little! 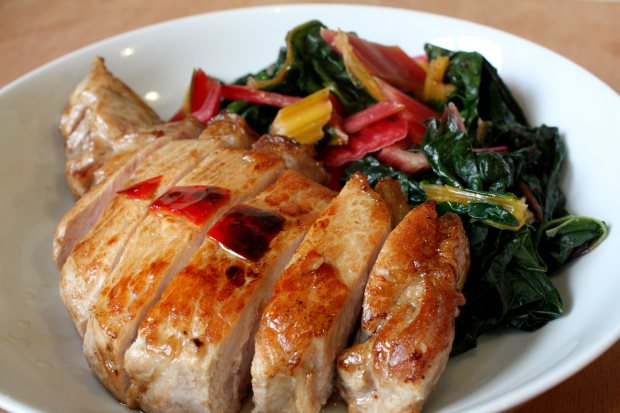