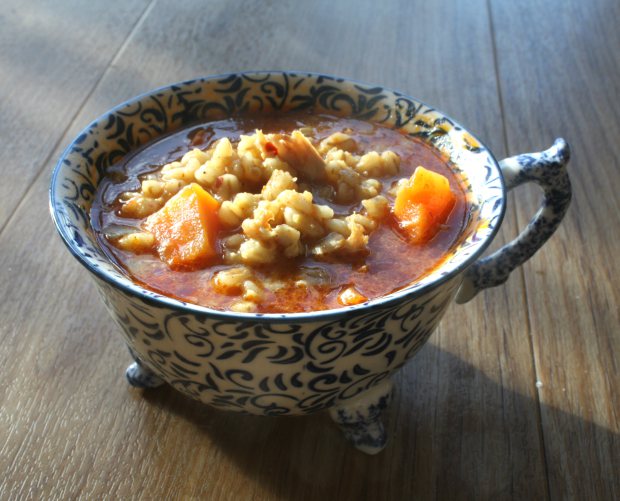 A couple of months ago I wrote about a new company I’d come across called Spicentice. They had sent me a pot of their ras el hanout to try out, and I’d used it to make what was The Best Meal of 2013: Lamb Shank Tagine with Pearl Barley and Buttered Kale.

The ras el hanout blend contains paprika, ginger, coriander, cumin, cassia, tumeric, salt, sugar, chilli, black pepper, nutmeg, all spice, cardamom and rose petals - and it is beautiful. So I’m sure you can imagine my excitement when, the other week I saw that Spicentice’s ras el hanout was now being stocked in the Bethnal Green Tescos.

On Friday I went back though, and it was already cut down from £3 to £1.50. A sad sign for many reasons. Firstly, because it implies that not enough people were buying it, making it unlikely to be stocked again. And secondly, because £1.50 is sinfully cheap for 50g of such luxuriant spices. 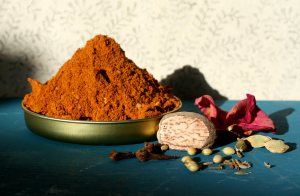 In support of the company, I gave away the remainder of my original tin of ras el hanout to a friend who’d shown interest in the spice blend, and I bought a new tin from Tescos in a single-handed bid to up their sales.

I put a generous tablespoon in a soupy hot pot I made last night, and it was just as wonderful and fragrant as I remembered. I chucked in some carrots which were heading towards the dustbin, and I ground down a dried Espelette pepper which I had leftover from doing ‘E’ in The Telegraph back in August. Still looking for more bulking ingredients, I settled on a half-packet of pearl barley.

The first time I came across this beautiful little grain was when I was cooking Cream of Barley soup for a recreation of the last meal ever eaten on The Titanic. Perhaps because the Molly Brown associations, I’ve always considered it to be quite an American grain - the kind of thing that is churned up by combines across miles of Nebraska. I did a little research though, and was rather thrilled to discover the Ancient Egyptian hieroglyph for barley below. 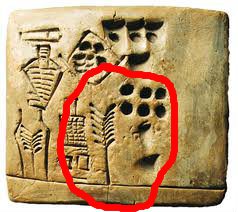 The ancient grain also gets air time in Deuteronomy, where it’s described as being one of the seven crops grown in the Promised Land of Canaan. It’s also mentioned by Ancient Greek Homer, and Pliny the Elder refers to gladiators as ‘hordearii’ - literally ‘eaters of barley’ .

If you draw a line round Ancient Egypt, Israel, Ancient Greece and Rome…and then you inch a little westwards, then you reach Morocco. So I figured I could just about get away with calling this a ‘Moroccan Pearl Barley Soup’, right?
Either way, it is comforting and delicious and healthy and cheap…especially if you’re lucky enough to come across half-price ras el hanout.

a generous knob of butter
2 onions, diced
6 carrots, diced
4 cloves of garlic, crushed
1 (generous) tablespoon of ras el hanout
1 Espelette chilli pepper, ground (Optional - these are NOT easy to find, but if you’re keen to introduce a bit of a kick, then add any kind of dried chilli powder/flakes/ground - in moderation)
180g pearl barley
2 litres of chicken stock
8 chicken drumsticks
1 tbsp tomato paste
2 sprigs of rosemary
Salt and pepper, to season

1. Heat the butter in a big stock pot, and add the onions and carrots. Cook on a gentle heat until the onions start to turn translucent.
2. Add the garlic, and cook for a couple more minutes.
3. Next add the ras el hanout, (Espelette) chilli pepper and pearl barley. Stir, so that everything is coated in buttery spice. Cover it with the chicken stock, and keep at a gentle simmer, with the lid half-on so that it doesn’t reduce too much.
4. Pearl barley generally takes an hour or so to cook. So this gave me plenty of time to roast drumsticks. Lying in bed thinking about the recipe last night, I thought that it might have just produced extra washing up when I probably should have poached them in the soup. But roasted drumsticks get that lovely skin, and make your flat smell amazing, so I’m going to stick with my original instructions: rub with a little oil and optional paprika and roast for 40 minutes at 180C.
5. Half way through cooking the soup, add the tomato paste and rosemary.
6. Once the chicken is cooked, pull the meat off the bone, stir it into the soup. Check that the pearl barley is cooked and squishy, season and serve.

Note: This is just the sort of thing that improves over time as the flavour develops. Absolutely make a big potful, chill in fridge and reheat. Just make sure that you reheat it in batches - eg. don’t reheat the whole thing, take a portion and keep re-chilling the rest. Instead, put what you want in a bowl and reheat just that.